The Federal Reserve reduced the benchmark interest rate Wednesday for the first time in more than a decade, lowering the rate by a quarter-point to just below 2.25 percent in an effort to bolster the U.S. economy amid early signs of a global slowdown.

However, the central bank also inadvertently caused confusion about what it plans to do next, disquieting the stock market.

In a news conference, Fed Chair Jerome H. Powell said the Fed was going to do whatever it takes to “sustain the expansion,” but he stopped short of committing to a series of interest-rate reductions as Wall Street and President Trump have demanded.

“Let me be clear. What I said was it’s not the beginning of a long series of rate cuts,” Powell said.

[If the U.S. economy is in good shape, why is the Federal Reserve cutting interest rates?]

His comments triggered a sharp fall in the markets as investors questioned whether the Fed would cut again at its next meeting, in September. By the end of the trading day, the Dow Jones industrial average had shed 333 points, or 1.2 percent.

And Trump, watching the market slide, blasted Powell, arguing the Fed did not go far enough to stimulate the economy.

“What the Market wanted to hear from Jay Powell and the Federal Reserve was that this was the beginning of a lengthy and aggressive rate-cutting cycle which would keep pace with China, The European Union and other countries around the world,” Trump said on Twitter. “As usual, Powell let us down.”

The strong reactions — from the president and the markets — underlined the pressures on Powell as he tries to navigate between a White House and Wall Street demanding further interest-rate reductions and the warnings from a number of economists and Fed leaders who do not think the central bank should be cutting rates to stimulate growth when the economy looks solid, if not strong.

“I would not cut interest rates,” said Steven Ricchiuto, chief U.S. economist at Mizuho Securities USA. “Cutting interest rates at this juncture will do only one thing: It will add to additional financial market inflation, which is the last thing in the world the Fed should be doing.”

Trump has been critical of the Fed since last summer, even though he appointed the majority of the Fed’s board, including Powell. Investors appear to agree with Trump that the Fed should do more to counteract slowing growth overseas and Trump’s trade war.

[U.S. economy slows in spring but remains healthy with little sign of a recession]

But the Fed chair’s attempts to dance around questions about whether the Fed will cut rates again in September at times came across as confused or ill at ease to some.

“I lost count of how many times he said ‘uncertain’ or he ‘didn’t know,’ which is very disconcerting,” said Diane Swonk, chief economist at Grant Thornton.

Powell specifically mentioned trouble in Europe and China as reasons for Wednesday’s cut, and while he did not mention Trump by name, Powell delivered some of his most critical comments to date about the economic impacts of escalating trade tensions.

“Trade is unusual. We don’t, you know, the thing is there isn’t a lot of experience in responding to global trade tensions. So it is something that we haven’t faced before and that we are learning by doing,” Powell said. “Trade-policy tensions nearly boiled over in May and June but now appear to have returned to a simmer.”

The last time the Fed cut rates, in December 2008, the U.S. economy was deep in the financial crisis. The stock market had shed a third of its value in a matter of weeks, and unemployment was over 7 percent. Today the economy is widely viewed as healthy, with unemployment at a half-century low, stocks at record highs and inflation remaining modest.

Fed leaders have characterized this rate reduction as an “insurance” cut to enhance the economy’s strength in the face of growing problems abroad that could spill over into the United States. The Fed pointed to “soft” business investment and declining manufacturing output as areas of particular concern.

“While financial markets were disappointed that Powell did not provide clear assurance that future rate cuts were in the offing, we see further moderation in growth and low inflation supporting an additional 25 basis point rate cut in September,” Kathy Bostjancic, chief U.S. financial market economist at Oxford Economics, wrote in a note to clients.

In addition to the rate reduction, the Fed announced that it would stop selling off its $3.8 trillion assets in August, two months earlier than expected, in another easing move. Trump applauded that action on Twitter.

Those assets are a legacy of the financial crisis. In the midst the Great Recession, the Fed bought a large amount of Treasury bonds and mortgage-backed securities to keep interest rates low. The central bank started to sell some of its holdings in recent months because it thought the extra stimulus was no longer necessary. Now the Fed is putting these sales on hold.

The Fed is supposed to make the best decisions for the economy’s long-term health and ignore political pressure. Scholars and business leaders say Fed independence is a bedrock foundation for the economy and financial markets, and there is some concern the Fed might be caving to Trump’s demands.

“I think Powell did this to push back on the White House and signal the Fed’s independence,” said Kristina Hooper, chief global market strategist at Invesco. “I believe that in Powell’s mind, a short-term sell-off was a small price to pay to assert the Fed’s right to self-determination.”

The president has recently nominated several candidates to the Fed’s board whoshare his low-rate views,although the Senate has not confirmed any of them.

Some White House officials had hoped that a series of interest-rate cuts by the Fed in the second half of this year would lead to a rebound in growth, boosting the economy before next year’s November elections. But Powell’s remarks Tuesday, combined with cloudy outlooks for a number of trade fights, could give businesses pause before they resume investments.

Former Fed leaders say that Powell and his colleagues are making good calls and that Trump’s tweets and criticism are not swaying anyone on the committee.

“I know Jay Powell very well,” said former Fed chair Alan Greenspan. “The chance he would buckle to what the president of the United States said about policy above his knowledge of how it works just seems inconceivable.”

Thomas Heath and Damian Paletta contributed to this report. 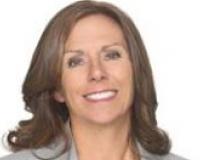 Ready to help you find that perfect home with a perfect loan. Using 20+ years of experience to make your home buying experience flawless!....

Want to Advertise on this Site?

Most people will agree that buying a home is one of the BIGGEST investments they'll ever make. Like any investment, real estate comes with long term costs that need to be considered and budgeted

🏡  Rancho Penasquitos  🏡 Off Market Home for Sale under $700,000  See This Beautiful Home Today before It Hits the MLS3 Bedroom 2.5 Bath over 1400 square feetAward

By registering, you agree to our terms of use and that real estate professionals and lenders may call/text you about your inquiry, which may involve use of automated means and prerecorded/artificial voices. You don't need to consent as a condition of buying any property, goods or services. Messages/data rates may apply.